We are very exited to present Ken Laszlo

Ken Laszlo got a major breakthrough with his first release, Hey Hey Guy, in 1984 and then continued to spoil the fans with several hits in the 80’s. END_OF_DOCUMENT_TOKEN_TO_BE_REPLACED

Who will be performing at STHLM Italo Disco Party 2015?

The following artists will perform at STHLM Italo Disco Party 2015;

Back in the 70’s, Manfred Alois Segieth recorded in the German schlager style under the name of Tess Teiges. Later on, the schlager music would be turned into disco… Irresistible italo disco. In 1983 he adopted the suitably italian alias, “Manfred Perilano” but more importantly, the nom de discque of “Fancy”. His first hit as Fancy was called “Slice Me Nice”, released in 1984. The song was a huge hit and Fancy was topping Billboards dance chart three times. It wasn’t his only hit single, followed did songs as “Bolero (Hold Me in Your Arms Again)”, “Chinese Eyes” and “Flames of Love” … In 1985 Fancy extensively toured clubs in Germany, Sweden and North America. TThe video for another single, ‘Lady if Ice’,” featured the (as always) tarted up, shiny-clothed Fancy prancing on a laser grid dance floor in outer space – 80’s at its best! “Lady of Ice” went gold in Scandinavia. Fancy has also recorded many hits for other artists such as Grant Miller, Marc Buchner, Siegfried & Roy, The Hurricanes, Mozzart, Timerider, amo. He’s also both written for and made duetts with Linda Jo Rizzo (who will also be performing at STHLM ITALO DISCO PARTY – 15!). In May, we’ll enjoy Fancy’s masterpieces of tuneful, melodramatic italo disco with an irresistible Hi-NRG influence live at STHLM ITALO DISCO PARTY 2015 – see you on the dancefloor!

Black belt in Spacesynth!
In 1982, Italian musician Anfrando Maiola (b. 1954 in Parma, Italy) teamed up with Stefano Cundari and Alessandro Zanni and released their first single “Chinese Revenge” on Cellophane Record (Studio Veronica’s label). The following year, Cundari and Zanni formed Memory Records and re-released “Chinese Revenge”. The single proved to be very popular in Italy, selling over 10,000 copies. It also proved to be a minor hit in Germany and the Netherlands. After the success of “Chinese Revenge”, they began writing songs for other bands, including Baby’s Gang (“Happy Song”, “Challenger”), and helped fellow Italian band “Hipnosis” cover Vangelis’ song “Pulstar”. It was released in 1983, going Top 10 in Germany and Top 20 in Switzerland. The same year, Maiola and Cundari released another single “Japanese War Game”, under the Koto name, which became another hit. In 1985, Koto released “Visitors”. In an interview with Maiola, he confirmed it was his favourite Koto song.The track contains a sample from Michael Jackson’s 1984 hit “Thriller”. The following year, he released another single, titled “Jabdah”. Fueled by a music video, the song became a big hit, charting in Germany, the Netherlands and Switzerland. Around this time, critics coined the term “spacesynth”, which combines elements of Italo disco and Space disco. “Visitors” and “Jabdah” are considered part of the genre. In 1987, a megamix was released, combining elements of their previous four singles.

Linda Jo Rizzo, which is also her real name, is an American singer, composer and producer.

She has her roots in Italy and worked as a model 3 years in Milan and 2 years in Lisbon before her music carrer. After fulfilling her modeling dreams she went to New York to study nutrition. During this time she met Bobby ”O” Orlando at a dinner in New York together with some music producers that she had worked with in Milan. After this Linda began to sing in a studio. She worked a lot together with Bobby Orlando and together they produces songs for The Flirts, a girl group created by Bobby ”O”. The Flirts also sung feat. Linda on several songs.

In 1984 Linda started her own music career in Germany and produced songs as ”You’re My First You’re My Last”, ”Fly Me High”, ”Heartflash (Tonight)” and ”Perfect Love”.

This spring we have the honor to see her perform at STHLM ITALO DISCO PARTY -15!

Ken Laszlo got a major breakthrough with his first release, Hey Hey Guy, in 1984 and then continued to spoil the fans with several hits in the 80’s. The Album from 1987, which also contained hits as Tonight, Don’t Cry, Glasses Man and 1-2-3-4-5-6-7-8, is one of the most successful Italo Disco albums in history and sold a million copies worldwide.

Ken Laszlo, or Gianni Coraini which is his real name, also provided vocals for several other Italo projects such as Ricky Maltese, Ric Fellini, Jaco and so on. He has been constantly active since the 80’s, under his own name or in collaboration with other artists, and this year he sang a duet with Swedish band ItaLove on their track Disco Queen. Ken Laszlo has performed live in Europe on several occasions the last years, so be prepared for an entertaining show filled with hits. 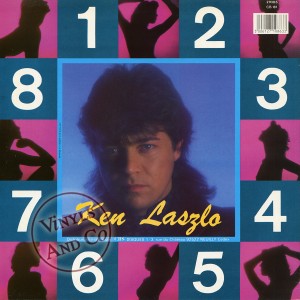 SCOTCH debuted with the epic maxi single Penguins’ Invasion in 1983 and then continued to release hit after hit, establishing themselves as perhaps the most well-known italo disco act ever.

Manlio Cangelli, Fabio Margutti and vocalist Vince Lancini were very successful all over Europe with hits such as Loving Is Easy, Money Runner, Take Me Up and Pictures. They topped the Swedish charts with both Mirage and Delirio Mind. And who haven’t heard the very famous Disco Band? Whenever speaking to someone who is not familiar with the term “Italo Disco”, the best way to explain what you mean is perhaps to refer to the coughing in the intro of Disco Band.

We are very proud to have The Voice of Scotch – Mr Vince Lancini – performing at the festival. Expect a great number of Scotch hits from this funny (and a bit strange) man!

Some of you might never have heard the name Stefano Brignoli. But he was the man behind some very classic cult artists/tracks of the early days of italodisco, such as Brand Image (with the great songs Are you loving, Movin’ up and Love in a summer night), Some Bizarre (Don’t be afraid), Webo (Magic moments, Shaking Lovers) and Deborah Kinley (Guerilla, Surprise and All for you)

Stefano Brignoli has been out of the italo spotlight for about 30 years but some months ago he suddenly showed up and performed live, to the great joy of the italo fans.

This autumn he has done a couple of shows in Holland and now he will come and perform his classic tracks in Sweden for the first time.

We are very excited and look forward to seeing him perform!

ItaLove have in a few years established themselves as Sweden’s biggest active Italoband, with global popularity and dance chart positions in many countries. The band consists of the charismatic singer Martin Blix, Dave LaRoxx on drums/computers and the mysterious songwriter genius Dr Mateo. 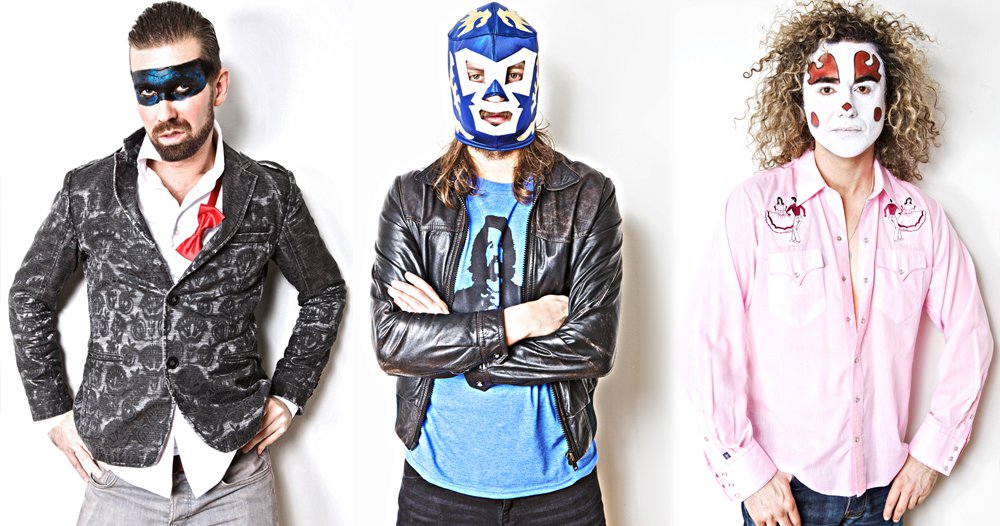 Their last release was the maxi single “Duets” where they collaborated with Californian singer TQ and the legendary Ken Laszlo. Since Ken Laszlo too will perform at our festival, there is a chance we will see them perform the track Disco Queen together.

This autumn ItaLove have spent some time in the studio and are now ready to release their next single “Too Late To Cry”, accompanied by a beautiful video. Release date will be in a couple of months. There are also rumors of a future album. ItaLove are known for their extraordinary stage performances, which we could witness at the previous Sthlm Italo Disco Party in February 2014. We are happy to once again have the honor to present ItaLove at our festival!

The Swedish band Shanghai was founded in the town Södertälje, south of Stockholm, in 1984. They looked very 80’s with big hairstyles and colorful costumes and quickly became very popular in Sweden with their catchy synthpop/eurodisco, filled with poetic lyrics, great melodies and often bombastic arrangements. After two albums and a number of singles/maxis the band went separate ways.

Lead singer Uffe Söderberg had a short solo career and then changed musical direction into dark ambient as Sepiroth. Rex, once a member of the glam rock band Candy Roxx, also went solo but didn’t really enjoy being an artist. Instead he continued composing and producing different kinds of music, from metal to eurodisco (Glen Spove, Lili & Sussie, Army of Lovers…).

He also worked as a studio technician, for instance with the famous producer Max Martin.

John Sandh joined the Swedish/Norwegian rock band Sha-Boom and then went into the eye care industry. Rex and John had a minor comeback about a decade ago and are now eager to make another comeback at our festival.

Kebu is a composer and keyboardist who creates new instrumental, melodical synthesizer music. His music is heavily influenced of 70’s and 80’s synthesizer music as well as of modern electro. Kebu makes his music using only analog synthesizers. Kebu has attracted a lot of appraisal and over one million views for his YouTube channel containing high quality videos of Kebu performing with vintage synths.

His debut album, To Jupiter and Back, is a tribute to the great synthesizer music that he grew up with of artists such as Jean Michel Jarre, Vangelis, and Mike Oldfield. The album consists solely of music made using vintage analog synthesizers recorded in the old fashioned way using only sequencers, tape machines and analog mixers, which gives the album a very warm and organic sound. The album was released in May 2012, and went straight to number 28 on the Finnish Album Chart. The album was nominated for”Best International Album” in the German Schallwelle Music Awards http://www.schallwelle-preis.de/

Kebu also has promised to give us some new Italo cover songs.

Annie Anner was a Swedish singer/project, active in the 80’s, consisting of Anne-Lie Thorslund on vocals, accompanied by her older brother and producer Anders Thorslund and composer Lars Fjellström on keyboards.

Anders and Lars were friends since their childhood and had a synth pop/new wave band together in the early 80’s, called Port Salut. Annie was 19 years old when her first single Night In The City was released in Sweden on their own label Salut Production. The track became a dance floor hit and received attention in some European countries. The trio went on tour in Sweden and performed at clubs and discotheques.

After releasing a couple of more singles, the Swedish label Hawk Records signed Annie Anner and released the album Come On and a couple of more singles including the amazing The Human Race. The Annie Anner team then released some italo house/eurodisco singles in the 90’s under the pseudonyms Citysound and Bel Air Sound Project (B.A.S.P.)
In 2015, it’s been 30 years since the release of Night In The City.
We are honored to celebrate this anniversary at the Sthlm Italo Disco Party.